Max never ignores anyone he passes. It can be frustrating at times, but he goes up to every new person he comes into contact with, whether they be visitors to the house or strangers we pass on walks. 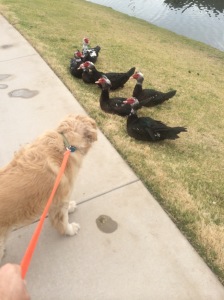 I noticed this behavior most on walks over the past several years, especially when I began to hope that we would not pass by many people so that we could get through the walk in a reasonable time. Max is too willing to interrupt his routine to meet new people and is unwilling to pass anyone by without extending a chance to get to know them.

I think he is good at approaching people in part because he is very cute and who in their right mind could turn down that face? 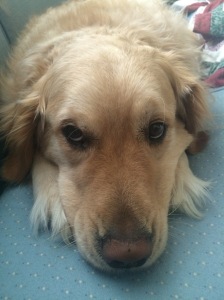 But also, he is intentional about it, and consistent. He sees every moment as an opportunity to meet someone and does not see any value in ignoring them.

I have a lot to learn from Max in this regard. I am a pretty reserved person and there are many times I am in public and I try not to make eye contact with the people around me. Especially on walks, I have often found myself not even looking at the people Max was eagerly meeting. And there was no good reason for that. Even on very busy days, those encounters only take a couple of seconds to exchange smiles and greetings.

Max has taught me that it is always worthwhile to pay attention to the people around me. Whether that encounter remains merely a kind greeting or develops into something more meaningful, it is an important use of my time. 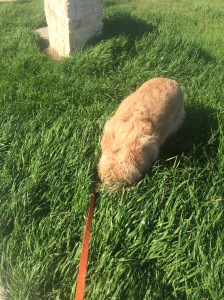 But Max has also taught me that such a disposition and action requires intentionality. I can’t just expect it to happen, rather I have to warmly greet those whose paths I cross. It seems that dogs and little kids are both very good at this, especially when they come across one another. I have been stopped many times on walks by little kids who want to pet Max. They are intentional and unashamed to extend kind attention to Max and me.

I don’t know that I was ever that outgoing as a kid, but I am aware that I have taken on layers of unhelpful distancing from people around me, especially those I don’t know. And Max has taught me that I have to let go of some of that attitude to be more open to other people. 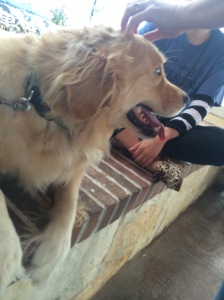 Max has also taught me that being a more welcoming passerby helps to develop a non-judging attitude. As we continually attend to all people, I learn more and more that they all have value, they are all important, and they all have a spark of something profound in them. Through practicing extending such attention to everyone I meet, I am slowly growing in my ability to encounter others non-judgmentally.

And Max has taught me how to give someone my attention gracefully, because there are many people who are set on their way and are not receptive to his greeting. When that happens, he is not obnoxious (at least on walks, at home is a slightly different story) and he is not disheartened by lack of receptivity, but rather he carries on to extend openness to the next encounter. 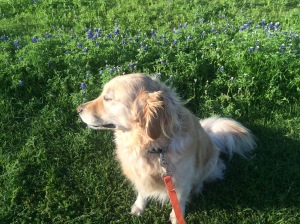 Ultimately, Max has helped me see the value of not just passing by, but rather being kind, open, and attentive to others as we cross paths. In this sense, Max has taught me to cross paths rather than pass by, so that my life and the lives of those around me are all truly affected by one another. Crossing paths may be slower and more complicated than merely passing by, but it is much more worthwhile.

So thank you Max for teaching me how to better extend my attention and openness to all whom I pass. And thank you for teaching me to actively value others instead of ignoring them so that we can more meaningfully cross paths.